A little blood, a lot of sweat, but not tears...yet.

It was a silly mistake, the sort easily made when tired. I put on my cotton gloves rather than the thick ones. I had been cutting bracken all morning from 6.00 am and came in for a much needed drink and a tea break around 10. Somewhat refreshed I resumed work and about half an hour in I felt a sharp pain in my ring finger and saw the bright red stain spreading across the glove. I dashed home, called Helen who pulled of the glove cleaned it up the finger etc. If would have been worse had it not mostly caught the nail (I expect I'll lose that in due course), but unnerving just the same.

Progress with the bracken had been great up to that point. The whole growing year has been a bit like that – good progress in many areas and the occasional big knock back. We had a great strawberry harvest. Even the plants that got held up and werent delivered until April produced a few fruit. By contrast the main raspberry patch failed. To be fair the plants are a bit old – I started a replacement programme last Autumn, but obviously not soon enough. We would have had more blueberries too had someone (not me!) not messed around with the fruit cage so the thieving blackbirds could stage lightning early morning raids.

No dig potatoes has been an interesting experiment. The yields have been good (not finished lifting them yet) 13kg from the first 5 sq metre area. There were a few more green ones than I usually get, and some rodent damage, but no watering or earthing up. Harvesting was very easy too , just moving aside the mulch - no soil disturbance. I'll probably look to adding an extra layer of mulch next year to try to eliminte the greening. Of course there is work collecting and forming the leaf mould in the first place, but that happens in the Autumn when the other work is relatively quiet.

Finally after a couple years of failures I've got deliberately sown parsnips germinated. I've even managed to colelct seed from a few volunters that came up last year. Also a first a couple of very strong volunteer tomatoes outdoors. Usually such plants don't get advanced enough to fruit, but a couple of these are looking promising. I'll be sure to save seed from them too.

The new herb bed I started has worked well – Ive even got a couple of chives growing – something that has eluded me for some years. We have had lots of lettuce too. The failures – the shallots are undersized – ok for pickling and for our own use, but disappointing. Lost three quarters of the garlic to a bad attack of rust. The salvaged quarter are small, but acceptable for home use. Peas did OK and there's a few kilos in the freezer. The french beans I'm picking now will fill a lot of the rest of the space.

Plenty of wildlife to be seen including just yesterday, butterflies, a pair of slow worms, and a toad. 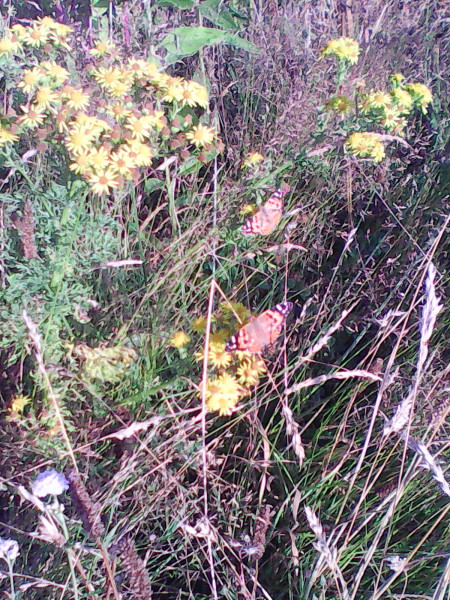 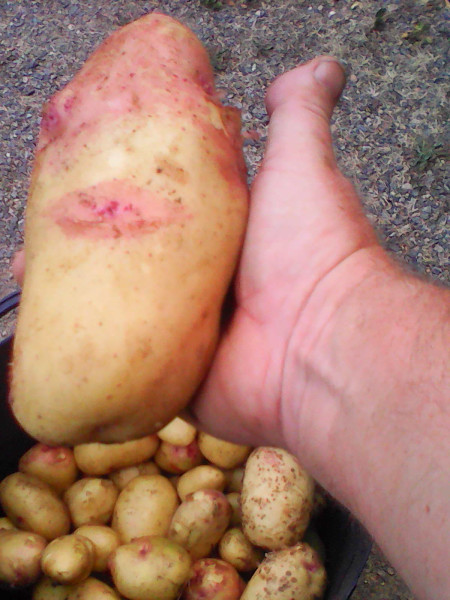